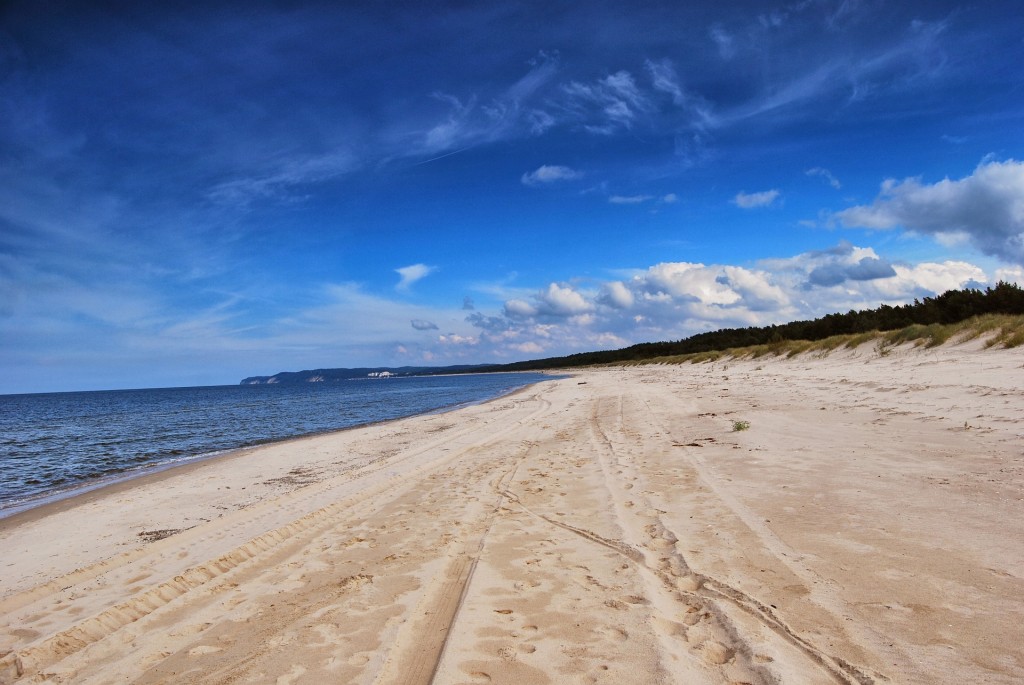 Growing interest in visiting Poland is part of a certain trend. Not only does Poland have more incoming tourists each year, but also polish cities are achieving high rankings on various lists (e.g. Warsaw achieved 3rd place in the LA Times „29 places to visit” ranking).

As a country, we can surely boast around the world that we have everything – You can easily find the sea (Baltic with its sandy beaches), mountains (high as well as ones a bit lower), lakes with crystal clear water (the deepest one – more than 100m deep), forests (covering about 30% of our territory), castles (from medieval to 19th century), big cities with 5* hotels and tons of night-attractions, small villages with agro-touristic farms and roosters waking you up, many churches (we are a predominantly catholic country), a few synagogues, 13 sites from  Cultural World Heritage List, and much, much more. 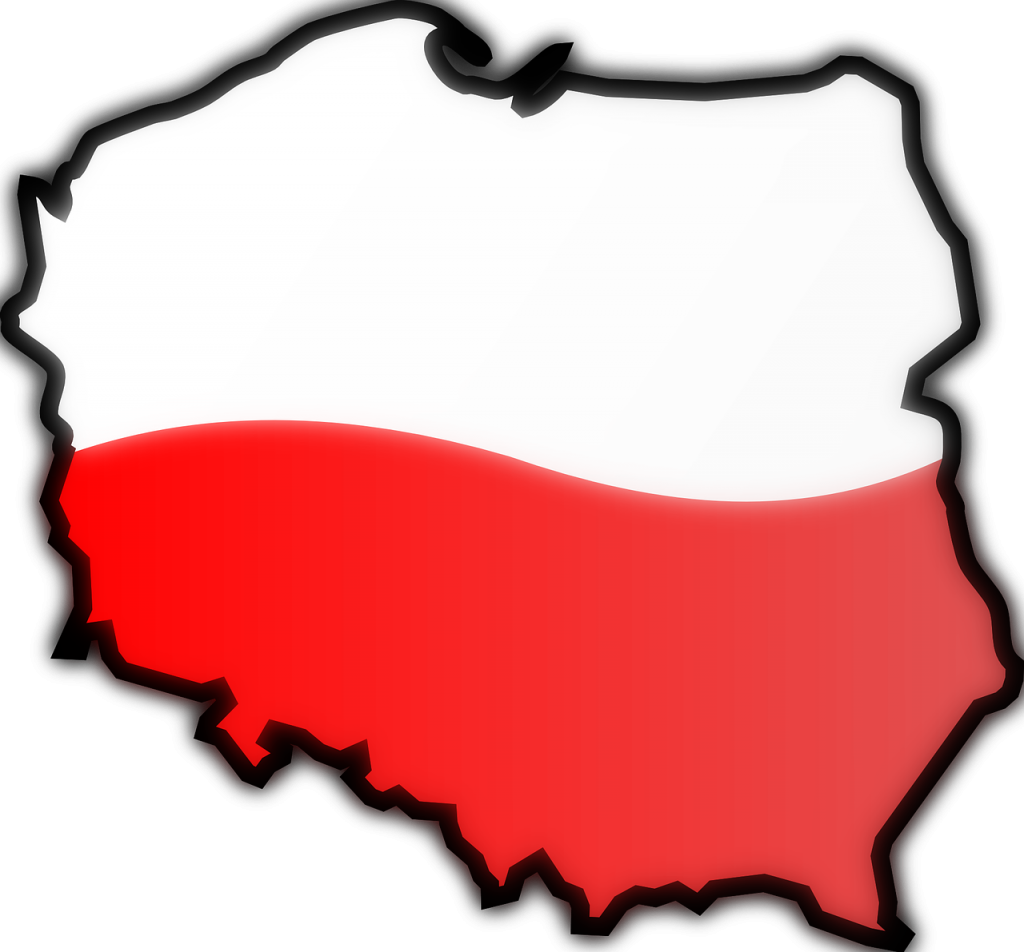 General Information:
Poland is a medium-sized European country, the ninth largest country on the continent. It has a somewhat circular shape with the center at the small city of Piątek near  Łódź.  Poland covers around 3 percent of Europe’s surface. Between April and October, there is the summer time (on hour earlier) that corresponds to the eastern European time. The country has a shoreline with the Baltic sea from the North and the southern borders run along with mountain ranges – the Carpathians and the Sudetes mountains. Poland has been a member of the European Union ever since the 1st of May 2004, and from the 21st of December 2007, by the decision of the European Parliament, Poland has no longer passport controls at borders with Germany, the Czech Republic, Slovakia and Lithuania – that is because the Schengen area of the European Union has been expanded by 9 countries, including Poland.

Climate
Poland has as many as six distinct seasons. Apart from the four typical European seasons, there are also two periods described as early spring (przedwiośnie) and early winter (przedzimie). The seasons hardly conform to the calendar patterns. Spring in Poland lasts usually about 60 days and comes from the west. The daily temperature at that time ranges from 5*C to 15*C. The summer, with temperatures above 20*C, begins in May and is about four months long. In autumn, the average temperature drops to between 5*C and 15*C. Almost every year, mid-September sees the coming of Polish „Indian summer”, which is a warm and sunny transition between summer and autumn. Winter comes and the snows don’t want to go away for a long time – until late February or early March.


One of the best-managed mountain ranges in Poland, situated at the Vistula springs. Densely wooded, traversed by mountain and bike trails of different levels of difficulty. In the winter there are many open ski-lifts. The main towns are Wisła, Szczyrk and Ustroń. 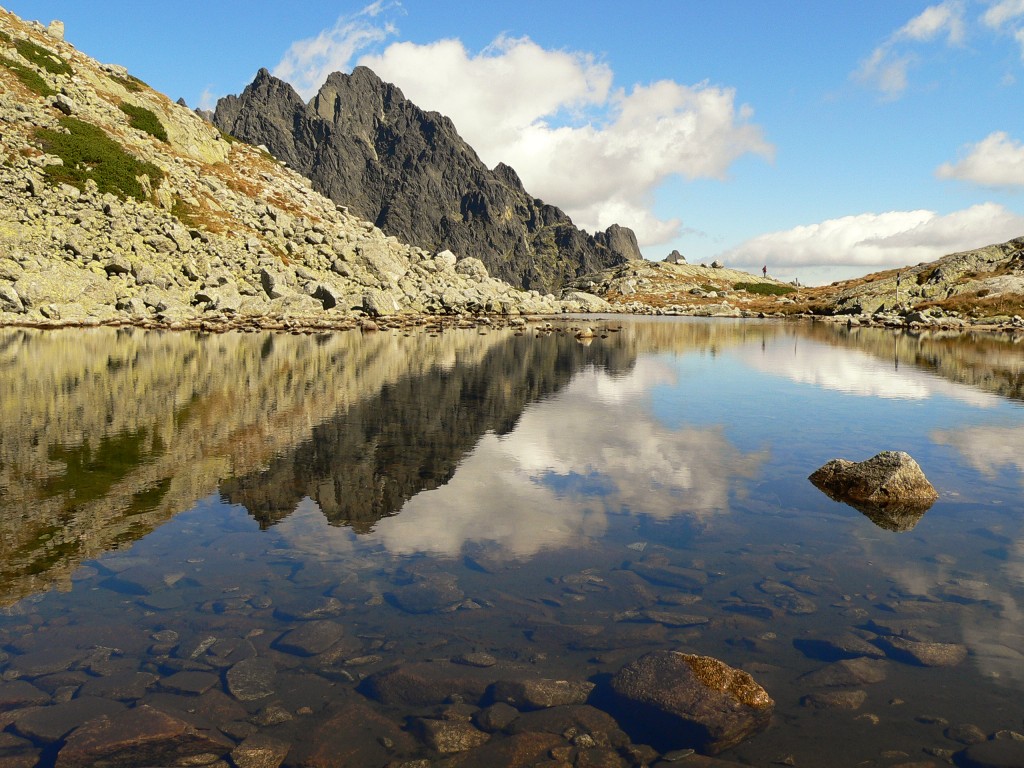 The smallest (174 sq km) but highest alpine mountain range in Poland. Numerous easily accessible valleys for trekking as well as alpine tracks for the most persistent tourists attract millions of people throughout the whole year. The most important resort: Zakopane. 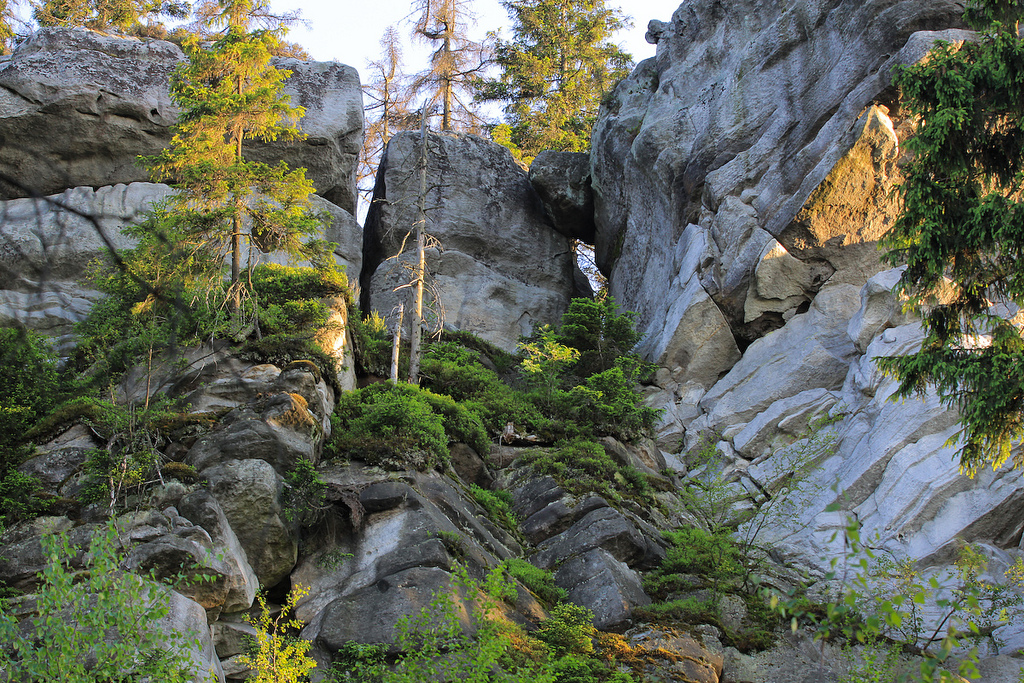 
The highest mountain range of the Sudety Mountains (highest peak – Mount Śnieżka 1602 above the sea level) with characteristic mountain slopes and valleys (potholes) created by the glacier. In the winter, the area is often visited by skiers. The most important centres: Karpacz and Szklarska Poręba. 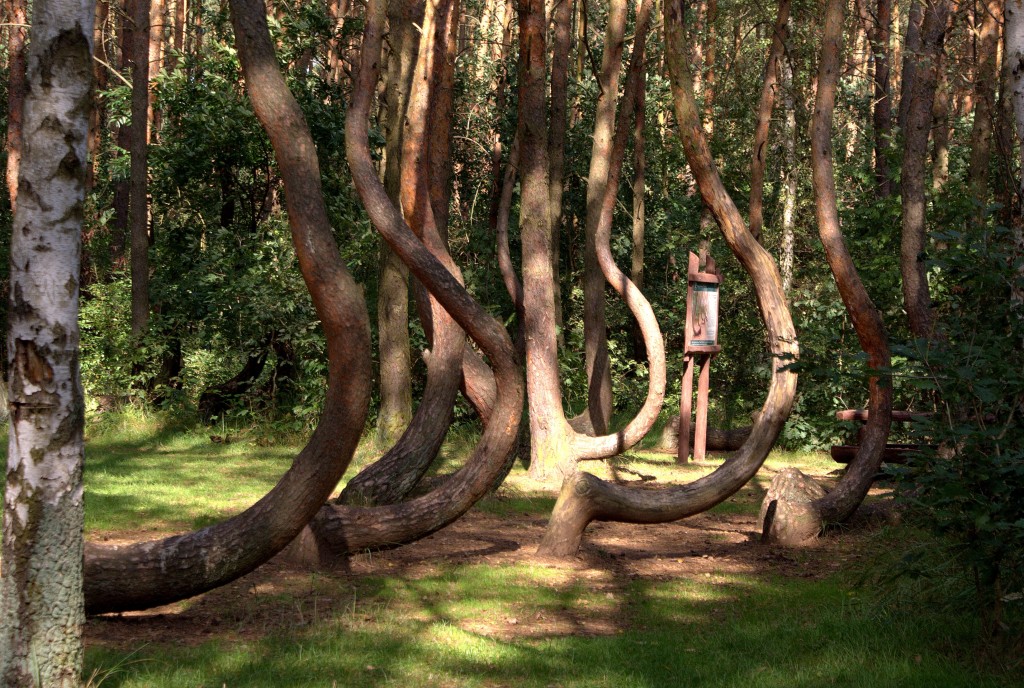 
It is one of the most beautiful, ecologically clean and therefore most attractive tourist regions of Poland. Numerous sandy beaches, natural reserves, unique parks create excellent conditions for recreation. The main towns are: Świnoujście, Międzyzdroje, Dźwirzyno, Kołobrzeg, Mrzeżyno.

POMORZE (the central and eastern part)


The most northern part of the coast with wide, sandy beaches and cliffs. Numerous little villages and towns attract a lot of tourists every year. The most important centres are: Ustka, Władysławowo, Jastrzębia Gora, Jurata. 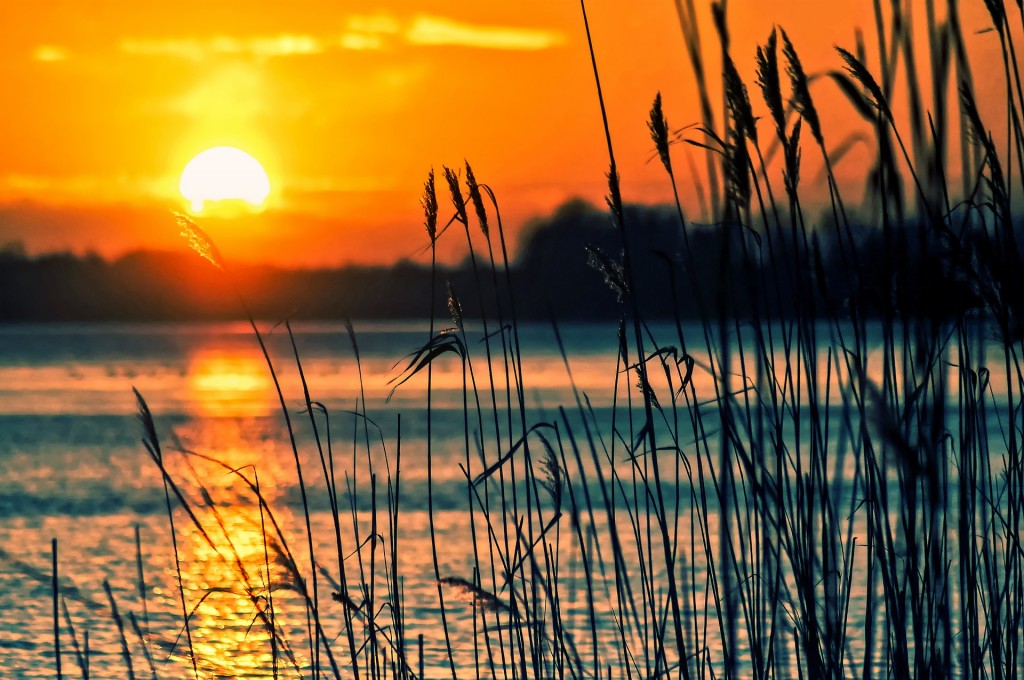 
The Land of a Thousand Lakes – this is how the Poles call the northeastern part of their country. Great Mazurian Lakes are the most important part of the region and one of Poland’s most attractive tourist destinations. The lakes and waterways offer facilities for sailing. Śniardwy Lake is the biggest not only in Mazury but also in Poland. Most important towns are: Mikołajki, Mrągowo, Ruciane-Nida, Augustów.


The least urbanized part of Poland – with its picturesque location with many rivers, forests and lakes – is located on the north-east, bordering with Belarus. Lovely, little towns with rural sceneries would be the perfect choice for people who love nature. Don’t forget about Białowieża Forest – one of the last and largest part of the virgin forests that once were stretched across this part of Europe, included in UNESCO World Heritage List. The biggest cities: Białystok, Sokołów Podlaski, Hajnówka. 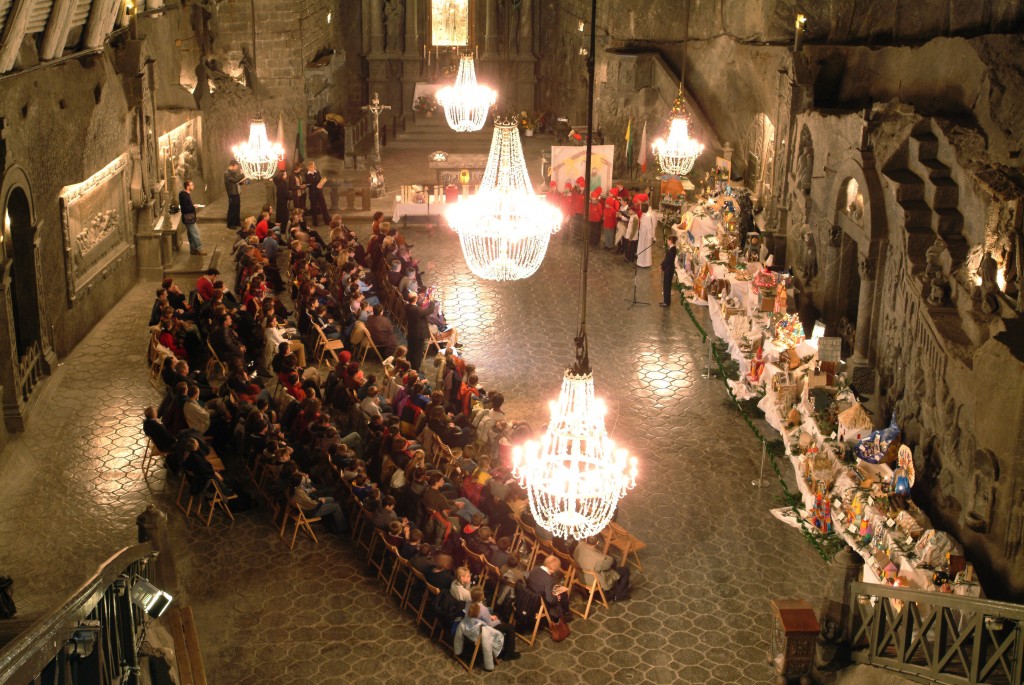 Despite being one of the smallest, one of the most important region of Poland. The historical heart of Poland, amazingly rich in tourist attractions. Thousands of tourists come here each year to visit the Old Town in Kraków, the former nazi concentration camp „Auschwitz-Birkenau”, the former salt mine in Wieliczka, the pilgrimage center in Kalwaria Zebrzydowska or the wooden churches in southern part of region – all of them are placed on the UNESCO World Heritage List! 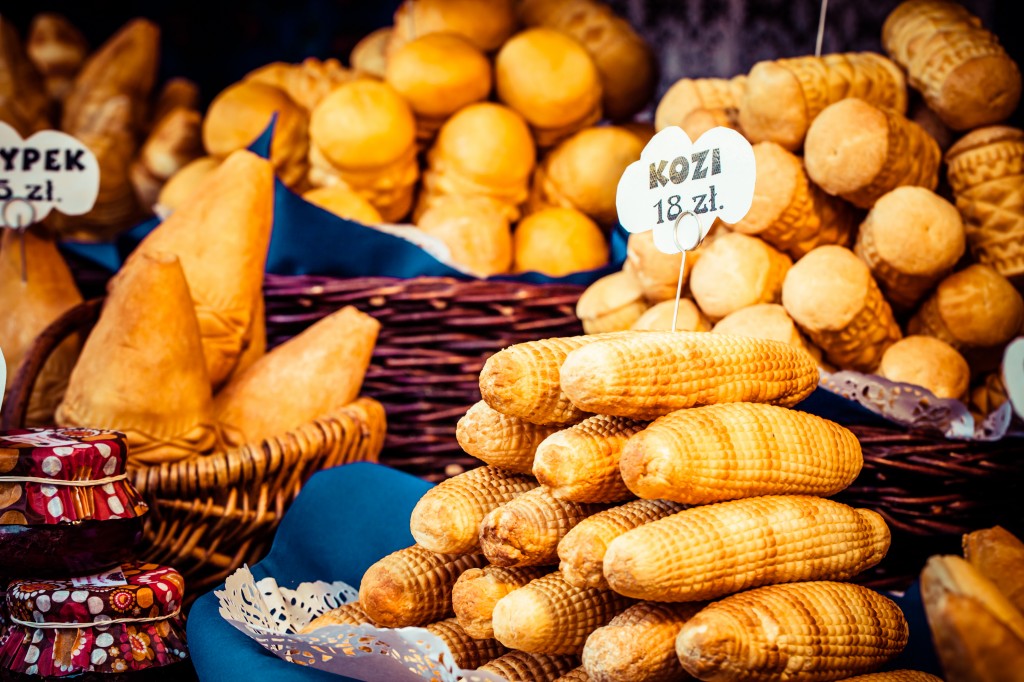 When in Rome – do as the Romans do.We would say:vwhen in Poland – eat as the Poles eat. Being here, you absolutely have to try tasteful cold meats, traditional dishes and hand-made sausages, prepared with traditional recipes. Quality and taste of those are valued by people all over the world.
Bigos – a kind of stew made from cabbage with small parts of various meats and sausages,

Kwaśnica – traditional to the Tatry mountain region. It’s a soup prepared from a blend of raw cabbage and sauerkraut. Very sour.

Gołąbki – literally translated as „little pigeons”, a mix of rice and meat, rolled in a cabbage leaf. Served with tomato sauce.

Oscypek – snack exclusive to the Tatry mountains. Small piece of smoked cheese made from sheep milk.

Żubrówka – original, polish vodka with one blade of special type of grass, placed in the bottle.

Beer – many types of it. The quality of our beer is comparable to Czech or German beers. You have to try Żywiec or Tyskie (a brewery that has been making beer since 1629!)